Manuel began as a an Art piece: its was the handbook that Alvaro García de Zúñiga imagined for the book-work-of-art “A Finger for a Nose” presented in 2000 in the first, and only, Oeiras’ (near Lisbon) “biennale” of contemporary art, by Entertainment Co., a Portuguese duo of artists : João Louro and João Tabarra. Alvaro was participating for the first time in a joint work with these two artists that was also the last they did together.

A couple of years latter Alvaro was invited to transform this handbook into an acoustic play, by the Studio Akustische Kunst of the WDR, in Köln. Thus Manuel became half-man half-handbook, a radio trilogy played by Leopold von Verschuer and Alínea B. Issilva, among many others, and broadcasted in 2003 & 2004. Performative presentations of the play, in 2005, 2006 & 2007 derived into a new transdisciplinary form involving a variable number of interpreters coming from different artistic and national backgrounds and including the use of different media.

This route brought Manuel definitely on stage as a performative play, or should we say format? In fact Manuel, like any handbook is a structure that can be adapted to many uses. It is always multilingual and there is always the attempt to translate something into something else. Perception is therefore a crucial issue for Manuel in his constant effort to “understand life though books and books through life, as well as books through books, and life through life…” Then he tries to fix something: meanings? Sounds? Signs? Is every language equivalent? In his quest, Manuel invents for himself a series of biographies and becomes the astronaut of his acoustic universe.

Manuel has now two modus operandi : the performance Manuel on Stage – Lasuite & the workshops MMIX 2010. MMIX 2010 supposes that we spend some tome in some place thus allowing us to evolve taking into consideration local specificities.

Other pages in this site about Manuel :

About Manuel on Stage by AGZ

Manuel is a building site by Manuel-Arnaud Churin 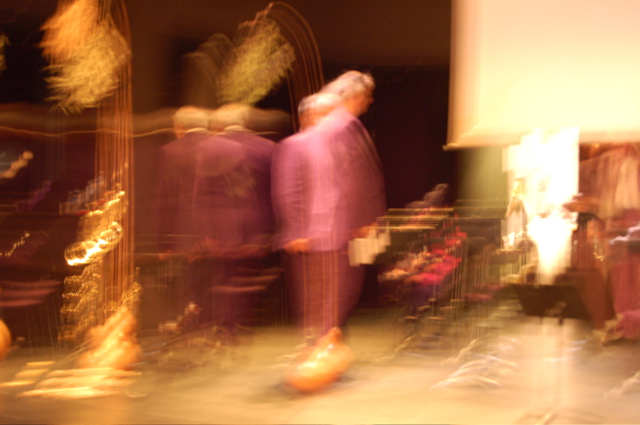 During a rehearsal in the Maison de la Poésie, Paris, May 2009