All press conferences are but for giving knowledge of precise information on a precise subject. All that remains is to define what we understand/hear by “precise”, “subject”, “information”, “knowledge”, “to give” and “but”. Precisely: in which ‘but’ a known subject gives information? 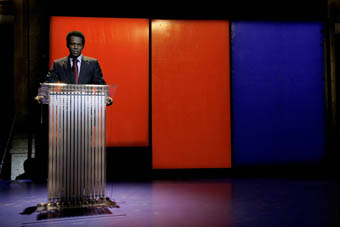 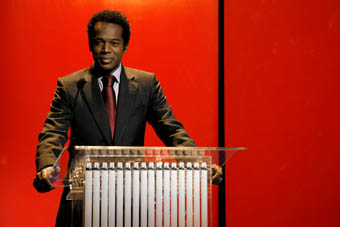 "The elevator music of politics" by António M. Feijó

"Yes, I will vote for him!" by Teresa Albuquerque

Text of the play en français & in english

with William Nadylam, sets by João Louro – a production of the OPorto National Theatre / Portogofone / played in the Convent of S. Bento da Vitória in OPorto - the 6, 7 and 8 december 2007, at 8 p.m..

in English with Portuguese simultaneous translation in Oporto and Portuguese subtitles in Almada.